Truth And Justice, By The Blip Of A Brainwave

Truth And Justice, By The Blip Of A Brainwave 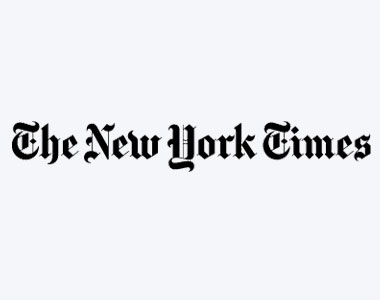 Truth & Justice, By The Blip Of A Brainwave

Since the World Trade Center bombing in 1993, Dr. Lawrence A. Farwell has been arguing that terrorist operations can be investigated through careful monitoring of the brain waves emitted by suspects during interrogation. The claim did not get very far with the Federal Bureau of Investigation or any other major law enforcement agency then.

Now, since the Sept. 11 terrorist attacks, Dr. Farwell and a number of supporters are pressing for a much more thorough consideration.

Their effort is another instance of the typical innovator’s natural impulse to dress up old visions in front- page news. But Dr. Farwell’s investigative technique, which he likes to call brain fingerprinting, may also be seen as a typical story of conflict over how to develop real-world applications from promising bodies of research.

Dr. Farwell’s concept is an offspring of a vast body of research on the electrical activity of the brain. Most of the research has focused on easily observed phenomena like alpha and beta waves, which have been respectively linked to activities including sleep and heightened alertness. But one subset beginning in the mid-1960’s homed in on extremely brief electrical wave patterns associated with recognition of familiar sounds, smells and sights.

The most widely studied of such event-related changes is a split-second bump in electrical activity that starts anywhere from 300 milliseconds to 800 milliseconds after a recognized stimulus. Many researchers have studied how the bump, called p300, appears to be affected by various diseases of the brain. Some have pondered how it may be used to help severely disabled people control computers. Starting in the 1980’s, Dr. Farwell and a few other neuroscientists began exploring whether the phenomenon could be used to detect concealed knowledge.

One reason for their interest is that the most widely used lie detectors, known as polygraphs, have long been considered an embarrassment by many scientists. Polygraphy measures a suite of physical reactions to interrogation. The underlying premise is that people being questioned about crimes in which they were involved will involuntarily exhibit telltale increases in their pulse, blood pressure, breathing rate and sweat levels.

But polygraphy has been under fire ever since it was invented in the 1920’s. Supporters say that experience in framing questions and the constant improvement in the monitoring equipment has made polygraphy highly reliable. Critics say such testing is flawed because it measures emotion rather than knowledge. They say the guilty can train themselves to respond in ways that deceive their questioners while many easily flustered people have been wrongly branded as guilty.

In 1988, Congress barred most businesses from using polygraphy or any other lie detection device to screen job applicants. The law left businesses free to ask employees to take such tests in connection with a specific loss but companies cannot fire or demote an employee who refuses.

“The diagnostic value of this type of testing is no more than that of astrology or tea-leaf reading,” said Dr. Drew C. Richardson, a psychologist who formerly headed the F.B.I.’s research laboratory at Quantico, Va., and its unit overseeing chemical and biological warfare threats.

Dr. Richardson is among those who has believed for many years that measuring brain waves is a far better alternative. He recently left the F.B.I. to join Human Brain Science, a company in Fairfield, Iowa, founded by Dr. Farwell, who began researching p300 waves in the mid- 1980’s as a graduate student at the University of Illinois.

Dr. Farwell caught Dr. Richardson’s attention in 1993 with an experiment that correctly identified 11 F.B.I. agents and four impostors by measuring their brains’ responses to cues that would be familiar only to someone who had been through the F.B.I.’s training school. The cues included short phrases, acronyms and images on a computer screen.

Dr. Farwell’s technique, like other non-surgical probes of the brain’s electrical activity, relies on readings taken by electrodes attached to the scalp.

Like many forms of polygraphy, Dr. Farwell works with three classes of stimuli known as targets, probes and irrelevants.

Targets are sights, sounds or other stimuli the person being questioned already knows or is taught to recognize before the test. Any American, for example, could be shown a picture of the White House. Probes are stimuli only a guilty suspect would be likely to know. In the case of the hijackers, a detail from a Boeing 767 cockpit might be a target. The third category, irrelevants, are stimuli unlikely to be recognized.

Suspects are given a keyboard to tap or some other way of indicating whether or not they recognize a stimulus, but that physical prop is just to keep them focused. The real answer comes from their brain waves long before they tap the keyboard, Dr. Farwell says.

But Dr. Farwell refined his work. He concluded that analysis of the dip in electric activity that followed the p300 response, along with other measurements, could add even more certainty to his conclusions. He coined the acronym MERMER, for memory and encoding-related multifaceted electroencephalographic response, to describe the entire package and patented the concept.

He has claimed 100 percent success rates in experiments using the technique for tasks like singling out Central Intelligence Agency agents who had been exposed to a mock espionage situation and Navy officers with medical expertise.

In 1998, the brain-wave monitoring provided Missouri police with evidence supporting a confession by James B. Grinder, who said he had participated in a 1984 rape and murder. Over the years, he had given conflicting accounts. Last year, Dr. Farwell used the technology to support an attempt to overturn a 1978 murder conviction in Iowa.

Dr. Farwell testified that his test results showed that Terry Harrington, 17 at the time of the crime and had never stopped proclaiming his innocence, did not recognize details that would have been known to the murderer and did recognize those consistent with his alibi.

Judge Tim O’Grady of Pottawattamie County District Court became the first judge to consider brain- wave technology as admissible evidence. Judge O’Grady did not hold a separate hearing on the scientific validity of the concept before listening to the evidence because there was no jury in the case.

His written opinion suggested that he asked himself the questions that would have been explicitly addressed in such a hearing under the widely followed Daubert standard endorsed by the United States Supreme Court. Daubert admits evidence based on science that has been tested, peer-reviewed and published. It also must be deemed accurate and widely accepted in the scientific community.

But Judge O’Grady made it clear that he was talking about the basic p300 theory, not Dr. Farwell’s patented system. And he refused to free Mr. Harrington, ruling that it had not been proved that Dr. Farwell’s evidence would have led to a different result in the original trial. (On February 26, 2003 the Iowa Supreme Court has reversed the murder conviction of Terry Harrington and ordered a new trial. In October 2003, the State of Iowa elected not to re-try Mr. Harrington.)