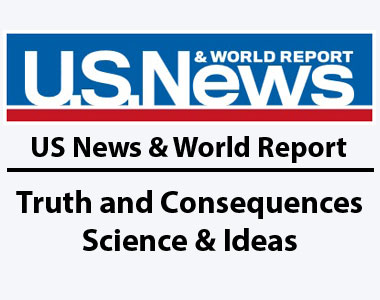 On July 22, 1977, the body of retired police Captain John Schweer lay bleeding on a railroad track in Council Bluffs, Iowa. Blame for the murder fell on teenager Terry Harrington, who has spent over two decades in a state penitentiary protesting his innocence. Now Harrington says he finally has proof that exonerates him. A new technology called “brain fingerprinting” suggests that Harrington’s brain doesn’t contain memories of the crime scene, but it does recognize specific details about the concert he says he attended on that fateful night.

Reading someone’s memories through a helmet of electrodes sounds like science fiction. But surprisingly, scientists say they can do just that. The Harrington case is the first time lawyers have ever submitted such brain measurements to a U.S. court, and within days a judge will either reject them as “junk science” or accept them as evidence that could help reopen Harrington’s case… (On March 5, 2001 Iowa District Court Judge Tim O’Grady ruled that Brain Fingerprinting testing is admissible in court.)

The “brain fingerprinting” technique used on Harrington was developed by Lawrence Farwell, a scientist and businessman at Brain Fingerprinting. Farwell’s technique exploits a signal that the brain emits when it perceives something familiar.

If a person watches random numbers flash on a screen, for example, the brain will suddenly show a distinctive electrical response called the P300 if personal information like a home phone number pops up. Scientists have known about the P300 response for decades, but no one has tried to apply it in a real-world criminal situation. Farwell believes it is valid in the Harrington case because he found details about the crime and Harrington’s alibi that weren’t in court transcripts or newspapers. For example, the murderer escaped by running behind a building through waist-high weeds and grass. According to Farwell, the real murderer would remember tearing through this thick underbrush. But when Farwell showed Harrington a photo of the building, the convict said he didn’t know what lay behind it. And when presented with words such as “cement and blacktop,” “sand and gravel,” and “weeds and grass,” Harrington had no special brain response to the correct answer.

Lacking knowledge. The test isn’t a lie detector and doesn’t prove Harrington’s innocence, Farwell says. But Harrington “does not have certain critical details about the crime stored in his brain. A judge or jury must decide how they’re going to interpret that.”… (On February 26, 2003 the Iowa Supreme Court has reversed the murder conviction of Terry Harrington and ordered a new trial. In October 2003, the State of Iowa elected not to re-try Mr. Harrington.)

Yet those who feel they’ve been wrongly imprisoned will embrace any new technology that might set them free. “I have many, many requests from people on death row and people in law enforcement,” says Farwell. “I think in many of these cases, we’ll be able to shed some light on what they do or do not know about the crime.” Eventually, brain fingerprinting and other new methods will likely find their way into courtrooms, where it will then be up to judges and jurors to decide where the truth lies.